They were invented some time ago, born out of a need to safely and easily control the flow of electricity. The earliest electric switches were light switches invented by Thomas Edison, who was also one of the premiere inventors of the light bulb. In preparation for the 1880 New Year’s celebration, Edison created a number of electrical components for a light display. Among these components were switches.

Shortly after Edison developed his switches, John Henry Holmes, a British engineer, invented the quick break switch. This switch inhibited the buildup of residue caused by arcing, making switches more durable. It also made switches faster by decreasing the time it took for two electric contacts to meet one another inside a circuit. During the late 19th century, push button switches became quite popular.

In 1917, based on the quick break switch, New York-based inventors Morris Goldberg and William J. Newton invented the toggle switch. To this day, the toggle switch is common in the North American home, where it functions as the everyday light switch.

Since the early 20th century, while the concept of electronic switches has changed very little, the way that we control them has advanced. For example, with computer technology and the electronics available to us now, we can activate switches remotely, using sensed surroundings, via signal, and more. In the future, we will only see more of this. 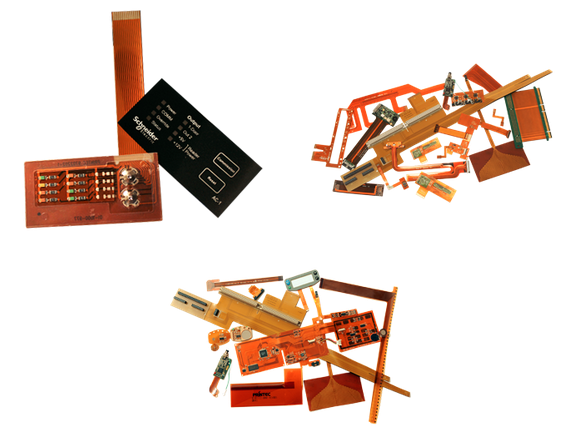 Manufacturers design electronic switches based on specifications such as available space, environment, required accessibility, and the number of electronic circuits to be controlled.

To make the best electric switch for you, manufacturers can customize switch details like internal arrangement, method of control, housings, and size.

For example, while many switches operate independently, manufacturers can also design them connected to each other in order to increase circuit options. What’s more, they can design them quite diversely in terms of their intricacy. Switches range from the simplest operation, requiring a physical touch between the actuator and conductors, to the most advanced, requiring a sensed magnetic field or light to open and close.

Also, for safety or aesthetic purposes, manufacturers can custom design switches with components hidden in housings made from wood, plastic or metal, with the switch accessible.

Manufacturers can make switches that are quite small and require a miniature tool, like an inkless pen, to be accessed. At the same time, they can make switches that need only the flip of a finger, or that require special strength. To learn more about the design options available to you, talk to potential suppliers.

Electric switches vary from one another in a variety of ways, but most are made up of conducting materials, wires, actuators, and terminals.

Actuators are moving parts that serve switch functions by applying operating force. Actuators, which are housed in a protective casing, may come in the form of any number of mechanical linkages. Most commonly, an actuator is a toggle or dolly, a rocker, or a push-button.

A terminal is the point at which an electric conductor connects to external circuits. It may be the standalone end of a wire or it may be fitted with a fastener or connector.

Generally speaking, if an electrical circuit is open, that means it is not connected, disallowing a current transmission. If it is closed, it is connected and it allows currents to pass through. Switches that work like these are known as binary devices, a name that reflects their two states. There are other switches, though, that allow varying voltages to pass through via multiple closed positions that alter the output of that to which they are attached.

These switches can be used for applications such as controlling household lights, controlling industrial machinery, quick connecting and disconnecting, quick switching, and when the application’s control devices are mounted very close to each other. Many switches can handle switching 250 VAC at currents around 1 amp.

Push button switches use a flush button, a recessed button, or a raised button as an actuator. They allow for two-position control, which is activated through the pushing of any one of these button types. Pushing the button “in” provides a connection in the internal circuit therefore turning on the device to which the switch is connected. A spring within the switch always pushes the button toward its “out,” or off, position, so once the button is released the circuit loses connection, turning off the device. This is especially useful for applications requiring only brief connection or momentary electrical input.

Slide switches interrupt the flow of a current in order to “break” electrical circuits. They do so by moving from position to position in a straight line. Characterized by their sliding actuators, slide switches provide, at a minimum, two slide positions, “on” and “off.”

Rocker switches are those switches that raise at one end when the other end is pressed down.

DIP (dual in-line package) switches are manually operated switches that may double as rocker, slide, or rotary switches. Installed in devices such as remote controls and garage door openers, the term “DIP switches” may actually refer to an individual switch, or small banks of several switches. If this is the case, the device in which the switches reside may be referred to as a switch panel.

Speed switches monitor the rotational motion and speed of a shaft or other rotating component, and once the speed of the component reaches a set point, the control circuit is switched or energized. The speed switch can monitor the shaft speed in a variety of ways, including a centrifugal weight mechanism, magnetic pick-up mechanism, or optical mechanism.

Limit switches are switches that block an object from traveling past a set point.

Signal switches take in information from the surroundings in order to decide how to adjust their circuits. They adjust circuits using electronic inputs. Many products rely on signal switches. Examples of these products include thermostats, security lights, driving indicators and lights, medical equipment, and food processing equipment.

Semiconductor transistors are the most common type of electric switch. They are found in all kinds of computing components.

Remote electrical switches activate or deactivate circuits away from the physical circuit. They are located inside remote controls.

Proximity switches are activated as they sense an object coming near them. These switches are typically utilized in machinery, and they use magnetic and high frequency electromagnetic fields to sense metallic machinery components as they approach the switch location therefore triggering the switch to close. This effect is accomplished by energizing a coil of wire with a high frequency current, which is then monitored. The approach of a metallic object or component causes the current in the coil to increase, triggering the switch. Not all proximity switches use this mechanism, however. Some instead use an optical mechanism, which utilizes photocells that monitor incoming light. In this case, the switch is triggered when the incident light is blocked or interrupted.

Temperature switches utilize a strip of bimetallic materials, which is a strip comprised of two metals with differing thermal characteristics combined back to back. Specifically, these metals must have a dissimilar coefficient of thermal expansion. When the strip is heated or cooled, this difference causes the strip to bend one way or the other, and this bending can be used as a contact mechanism. The strip can be oriented in such a way as to make the strip bend and make contact with the circuit when heated and bend away from the circuit when cooled, or vice versa.

Double pole switches, on the other hand, operate with a pair of actuators that may be either connected or disconnected to a circuit. Double pole switches usually assist the functions of devices that have multiple mechanical parts working at the same time. They also help to switch appliances from 240-volt circuits to circuits with a different current. They can also be labeled as either single-throw switches (DPST switches) or double-throw switches (DPDT switches), based on how many conducting positions their actuators can assume.

Joystick switches, like toggle switches, are controlled by a lever. However, the lever in a joystick switch can move in more than one axis, allowing for a larger number of control options. These switches typically contain many contact mechanisms which are not only stimulated by the direction of the lever, but also by how far the lever is pushed in a certain direction. This kind of switch is commonly used in motion control devices and offers both coarse and fine control.

Switch panels, which are used to control more than one electronic circuit, may be composed of several single pole switches, several double pole switches, or a variety of other switches. The internal components of a switch panel are encased inside a housing most likely made of wood, plastic, or metal, while the actual switches can be found mounted on the panel’s face.

Air switches are switches that use air as the as insulation between open contacts. Air switches experience interruption of the circuit midair.

Modular switches are a type of switch with multiple ports so that you can use different connections. They are available in different shapes, sizes, and colors.

Load break switches are switches that disconnect, or break, and disconnect at preset currents. They can work with or without fuses. Fuses are safety wires that break and melt if the circuit exceeds safe operation levels.

For the best products, you need to connect with a manufacturer that understands your needs and can deliver high quality electric switch services at the right price. To find a supplier like that, check out those electric switch manufacturers we have listed on this page. As you look over them, consider your application specifications and your requirements like delivery, budget, and standard certifications. Based on these, pick out three or four manufacturers you’ like to speak with at length. Reach out to each of them and discuss your application. Compare and contrast your conversations and pick the right supplier for you.